SHERIDAN — This year, Carroll’s Furniture celebrates 100 years of business. A century ago, Robert E. Carroll opened the business as the population of Sheridan grew following World War I.

Carroll and his friend, Bob Thirlwell, opened a furniture store in 1919, initially calling it “Bob’s Place.” Eventually, the store moved into the current location of Carroll’s Furniture at 340 N. Main St., where Carroll bought Thirlwell’s share of the business in 1925. The store then became “Carroll’s” as it is known today.

Robert E. Carroll’s sons, Bill and Clifford Carroll, worked in the store throughout their youth. Clifford Carroll took on the business in 1931, working there for 52 years, and Bill Carroll joined soon after returning from World War II, working there for 65 years. In 1959, Clifford Carroll’s oldest son, Robert B. Carroll, returned from the Navy and began the third generation for the furniture store. Under Robert B. Carroll’s leadership, the furniture store underwent some major changes, from purchasing more space from the Rainbow Bar in mid-60s to a devastating fire in 1967 that destroyed everything inside. Since rebuilding in 1968, Carroll’s Furniture has experienced little change.

Robert B. Carroll passed the business on to his son, Chris Carroll, in 2000 after 41 years of ownership. Chris Carroll has been the owner of the store for 19 years, carrying on the Carroll family tradition for the fourth generation. Through all of this, Carroll’s has served an important role in downtown Sheridan. The business has been a member of the Sheridan County Chamber of Commerce since 1968. Office manager Chuck Magera has been working at Carroll’s Furniture for almost 20 years and has seen the changes the last two decades have brought the business. As the online market increases in the town and encroaches on local storefronts, the store has adapted.

“Recently, we’ve been doing more special orders instead of holding all of the products in store,” said Magera. “Carroll’s has remained in business because of a combination of good employees, quality products, and attention to detail.”

Chris Carroll, current owner of Carroll’s Furniture, also noticed changes in the business since he began 19 years ago.

“There’s more competition with the internet today than there was 15 years ago,” Carroll said. “Still, people want to touch and feel and sit in the products before they buy them.” 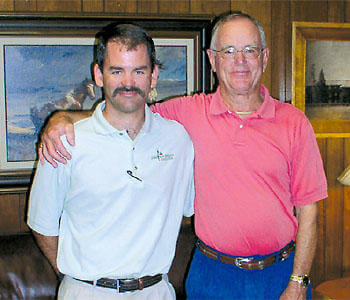 The internet doesn’t necessarily pose a threat to the business, though.

“Carroll’s is important to Sheridan because it is such an old staple here. It would be shocking to drive past and see that we’re not open,” Carroll said.

Many people attest to the level of service that Carroll’s Furniture supplies and its importance to the town. Dixie Johnson of the Sheridan County Chamber of Commerce expressed interest in Carroll’s success.

“We’re always focused on customer service and being active in the community,” Magera said. “It’s important to keep business downtown, and we are a cornerstone business for North Main.”

Carroll and his staff take pride that, despite increases in internet shopping for household items, Carroll’s storefront has weathered 100 years of changing economies and doesn’t anticipate stopping anytime soon.

Tell Us About Yourself

We're proud to be a small, local business and we want to get to know our customers.

We'd like to get to know you better. Complete the form and receive a 10% off coupon by email.

We appreciate it! Please don't hesitate to contact us if you have any questions.

Tell Us About Yourself

We're proud to be a small, local business and we want to get to know our customers.

We'd like to get to know you better. Complete the form and receive a 10% off coupon by email.

We appreciate it! Please don't hesitate to contact us if you have any questions.